After Abraham had secured a wife for Isaac from his kinfolk, Abraham got married again at the age of 140 and had six more sons by Keturah. However, Isaac was the promised son who would inherit all that Abraham owned. To the six sons of Keturah, Abraham gave gifts, and sent them away from Isaac, eastward, unto the east country.

Abraham lived 175 Years and he died. Although Ishmael had also been sent away, he stayed in touch with Isaac and assisted Isaac in burying Abraham in the cave where Sarah was buried.

The Genesis story now turns to the life of Isaac, the promised son of Abraham and Sarah who lived near the well where YeHoVaH spoke to Hagar when she had ran away pregnant with Ishmael. 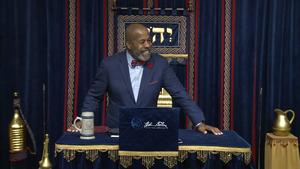 Do You Look Like the Word or the World?