What Did Paul Write And Why Did He Write It? For millenniums, people have heard from pulpits and their preachers what the Messiah and his apostles supposedly said.

What Did Paul Write And Why Did He Write it?

​For millenniums, people have heard from pulpits and their preachers what the Messiah and his apostles supposedly said. But have we been told the truth by well-meaning communicators of the Holy Scriptures or has the Word been woefully misinterpreted by all but a few people?

​How did epistles that Paul wrote, become known as books? Paul wrote letters. In them he quoted Scripture. The only Scriptures availables in Paul's (and Messiah's) day were the books of Moses, the writings and the prophets (Tanakh). There was no such thing as New Teastment!

Yet people reject the “Old Testament” Scriptures while building their beliefs upon what Paul supposedly wrote; without a clear understanding of what Messiah and his apostles lived, preached and communicated. Thus ignorance of the true gospel has turned it from one of belief, repentance and obedience into a message of “grace” that requires little more than a “belief” in an unknown Messiah and rejection of the Almighty’s laws -- laws which apply for all time!

Unlike ever before, today it is finally possible to reap the fruits of Searching The Scriptures* using the proper tools to glean not only what is the faith once delivered to the saints, but also to understand that all believers today must do as well as believe.

The true gospel of the kingdom is not only one of belief, but of right action and of obedience. The good news is that  religious doctrines and manmade traditions have absolutely nothing to do with salvation. Understanding Paul's epistle to the Galatians is the first step toward right understanding of this narrow path that believers are called to walk. The next step is yours to take. Are you ready?

We Need Your Testimonials

Remove Picture
Tell us about your experience with our teaching - Galatians?

Thanks for submitting your testimonial. 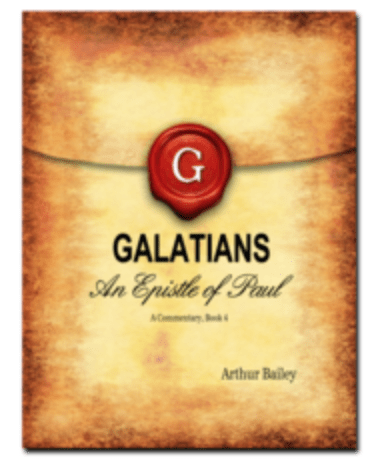 Other Books of the Bible Teachings