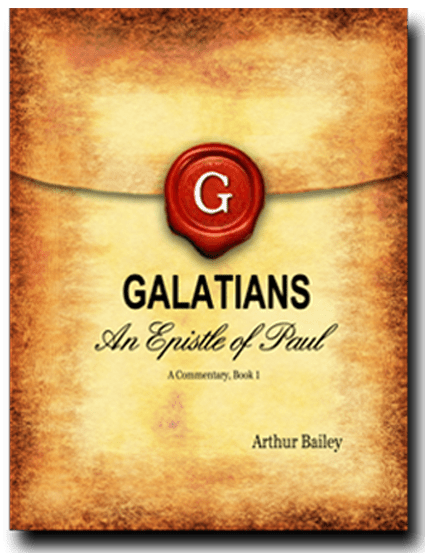 Paul’s letter to the saints in Galatia is one of the most prolific of Pauls’ letters. Embedded in the body of the letter to the Galatians are hidden keys that unlock all of Paul’s letters giving the reader incredible insight that is necessary in order to properly interpret Paul’s writings.

Paul’s letter to the Galatians CANNOT be looked upon at face value. Paul addresses much of Jewish traditions that were prevalent in Paul’s that if one were not familiar with these traditions they would not be able to recognize them as Paul addresses them in this letter.

Much of our understanding of the Bible has been taught to us by either Catholics, Lutherans, Episcopalians, Baptists, Methodists, Pentecostals, Charismatics or some other denominational doctrine. Therefore, many of us were trained in our religious upbringing to view the bible though certain lens or denominational world views.

In this verse by verse study on Galatians an epistle of Paul, Arthur Bailey will prove that many teachers and commentators who taught us, have come to faulty conclusions in teachings from Paul’s letter to the Galatians.

Because many teachers have approached the study of Galatians with a cut and paste mentality or taking verses out of the context they were written, many have failed to recognize and properly communicate Paul’s points which we will point out in this study.

Arthur will also prove that what many teach Paul taught in this letter is inaccurate and he will clarify the inaccuracies derived from what currently is believed by many scholars from this letter.

ARTHUR WILL ANSWER THE FOLLOWING QUESTIONS:

From Galatians 1:1 to Galatians 6:18, Arthur leaves no stone unturned and address controversial subjects that many scholars either misinterpret or shy away from altogether.

You will never read or study Paul’s letters the same after this exhaustive, expository study of “Galatians” ‘an Epistle of Paul’.