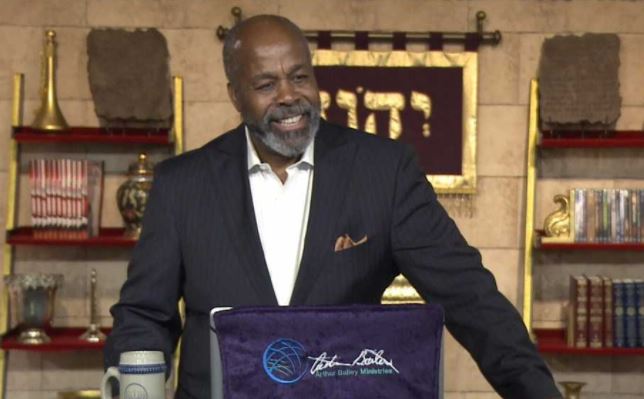 The Thursday evening Teachings are demonstrations of how to Search the Scriptures. Let us all remember that! As we listen and learn from Apostle Arthur’s verse by verse commentary on Apostle Peter’s letters, let us also pay attention to the tools and techniques Arthur uses. For example, one technique is finding Old and New Testament witnesses to what Peter says. We make disciples by knowing how to search the word, which means, dividing the word of truth. Yeshua demonstrated how to keep His Father’s commandments and made disciples. All believers have the same mandate. Listen to the message, the techniques and the tools so that you can fulfill your commission from Yeshua.

Arthur elaborated on, “Ministry is an occupation, but first and foremost, it is a calling.” Yeshua’s occupation was to prepare the disciples. When the disciples were called, they left their “former” occupations (fishermen, tax collector, etc.). Listen as Arthur fervently says that when Father gives a vision, He provides the provision. 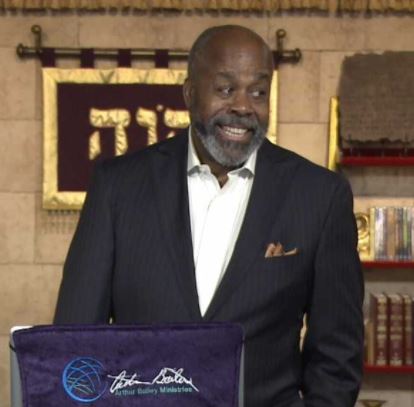 Arthur tells us there are corrupt pastors and followers amongst us. Most are corrupt because they preach a lawless gospel. Arthur advises us to be careful who we call Sisters and Brothers. Arthur has no qualms about saying that his Sisters and Brothers are those that have faith in Messiah and keep the commandments of His Father. Apostle John agrees with this sentiment:

1 John 2:4 He that saith, I know him, and keepeth not his commandments, is a liar, and the truth is not in him. (KJV)

Listen as Arthur elaborates on Yehovah having sons and daughters, but not grandchildren. Arthur also declared that no one can hold us accountable if we do not hold ourselves accountable.

Apostle Peter ends his 2nd Chapter with a warning to believers to not become entangled again with the ways of the world.  Arthur explains in detail the various nuances of those last verses.

For more on Touch Not the Unclean Thing: https://store.arthurbaileyministries.com/collections/dvds/products/touch-not-the-unclean-thing

The teaching was concluded by a discussion of Ezekiel 18:20-32. Each person is responsible for their own sins. Yehovah wants the wicked to repent. When they repent and turn away from their wickedness, He forgives them and does not remember their sins anymore. We cannot “count people out.” If they start keeping the statues of Yehovah and show the fruits of repentance, only their righteousness will stand. Repenting is the message of the gospel.

Repentance means to turn from sin and turn to righteousness. That was Peter and Arthur’s message. I even noticed that David Salinas sung a repentance song, “Your Torah is life… We turn the page…” The “turning” made me think of a situation with Floyd and me this week.

Floyd was sitting in his favorite stuffed chair, with snacks on the table, waiting for the NBA Finals Game 5 to come on the television. I was walking through the living room and I was mildly interested because Floyd was cheering for Cleveland and they were down in the series. They had won one game and Oakland had won 3 games so far. I grabbed some snacks and stretched out on the sofa to watch and spend time with Floyd. 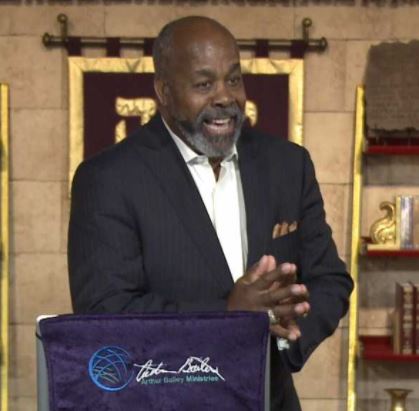 The first quarter was great! Cleveland was ahead. The conversation between me and Floyd was lively.

As the second quarter progressed, Oakland took the lead. The conversation between us slowed to mostly grunts from Floyd. I began to think, “I didn’t sign up for this!” I saw how the top two players on Oakland dominated the court and Floyd’s grunts grew into sentences like, “How could they have left him wide open for that shot!!”

About that time my son walked into the room. I asked, “Who are you hoping wins?”

“I just want to see Durant get a ring. All the rest of them have rings.”

Hmmm, I thought. “It would be nice to see Durant get a ring.” So, I switched teams. Then I began to enjoy seeing the 3 pointers being made from “way downtown.” My countenance changed. My “Wow!” was followed by moans from Floyd.

I told Floyd, “You could really enjoy this game, if you just switch teams!” He looked at me like I was a crazy woman.

I could see Oakland was going to win, so I left the living room and alternatively watched the game and HGTV in another room. Oakland won.

Now this is can be an analogy to life. If the team you are with, is pulling you down further into darkness, switch to the “light” side. If having no laws is not working for you, switch to the lawful side. If you are plagued with fear, doubts, lack and other curses, switch to the “blessings” side.

As Floyd and I discussed the teaching on the way home, our conversation drifted to pets. Arthur had talked about the uncleanliness of having animals in the kitchen, on furniture and on beds. We agreed. We both love having animals, but only outside. We have an outside cat whose duty is to keep away rodents. We have chickens that produce our organic eggs.

Now, many years ago we had animals in the house: cats and one dog (a gift puppy that we returned after one week). We no longer permit animals in our house because of the uncleanliness issue.

Before we had children, I was able to talk Floyd into having one or two cats in the house. I wanted the animals for company while he worked long hours at Chrysler. However, during that time, we were constantly trying to keep them from scratching up the furniture. Then there was the shedding, and trying to keep cat hair off of everything which is as impossible as keeping the litter in the litter box. Oh! I remember that we were constantly complaining about the odorous flatulence. Also we had to protect any of our food that was in their sight. As a result, we began to see them as animals and not surrogate people.

Everyone has a choice of who and what they want to live with. We all just need to be respectful of others who don’t share our choice.