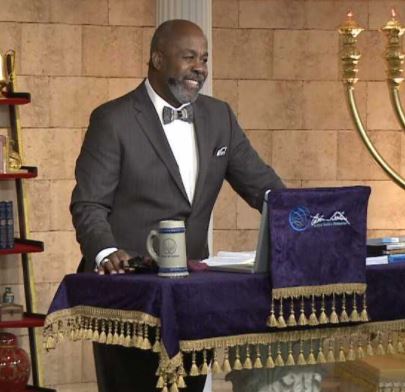 This teaching was a rodeo ride with quick turns, bucks, and “I didn’t see that coming” revelations! Luke, in the second half of Acts Chapter 1, was giving the narrative of what happened after the Apostles had their last encounter with Yeshua as He ascended. The fascinating part of the teaching wasn’t so much what Luke had to say, but what Arthur said and revealed as he went verse by verse.

Arthur tells us early on, “Never turn off your logic and common sense!” Then he shows us how some of us have done that very thing when we read the Bible. Here are a few of the eye opening points that clearly show that “If you don’t have a working knowledge of the Torah, when you read the New Testament, you will ultimately always come to the wrong conclusion.”

• A Sabbath day’s journey is only mentioned in Acts 1:12. It is not in Torah. The rabbis determined a distance that a person might travel on the Sabbath without breaking the law.

• When Yeshua instructed His disciples to prepare the place that they may eat the Passover, it did not mean that Yeshua ate the Passover there. The last supper was not the Passover meal. In addition, the upper room was in someone’s house, NOT in the temple.

• The disciples met daily in the Temple Court, NOT in the temple. There were no church services in the Temple.

• Often Commentary by translators is confused with the Scriptures. Peter would not have said that Judas purchased the potter’s field. Judas had thrown down the money in the Temple Court. The religious leaders took the money and purchased the field.

• When the Scriptures say, “it was written” or “which was spoken”, we need to do our due diligence and find where it was written or spoken. In Matthew 27:9, a quote is attributed to Jeremy (Jeremiah) that was really a part from Jeremiah and a part from Zechariah. In the below video snippet, Arthur researches “in the scriptures” that are referenced by Peter and discusses “Ragu” Christians.

• Did Peter really say that the criteria for an Apostle to replace Judas was someone that had been with the Messiah from His baptism to His ascension? Many of the original 12 disciples would not have met that criteria.

OK Saints, let’s learn from this lesson that we must constantly discern what is in the Scriptures!

FIND OUT WHY TO GIVE TO ARTHUR BAILEY MINISTRIES! 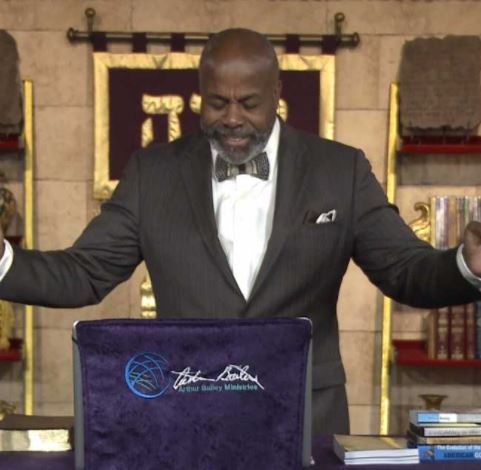 Arthur gave several examples of how it is dangerous to interpret the New Testament without the Torah. The Priests and Levites were the only persons allowed in the temple. However, we have images in our minds of Yeshua teaching in the Temple, the disciples having services in the Temple, and Judas throwing the 30 pieces of silver on the tile floor of the Temple at the High Priest’s feet!

I was married in 1989 and became familiar with the Torah in 2009-10. That’s 20 years of married life and not knowing the real standards by which I should have been living. I knew very well the main New Testament verses that covered marriage. We had listened to tapes, attended workshops, had counseling sessions, and saw what other Christians were doing, so I knew the basics like:

I only knew two married couples that had 2 beds in their bedroom. My grandparents, when she was 74 and my grandfather was 86, slept in twin beds. The switch from one to two beds happened around the time when Grandma became ill. The other couple was an Uncle and Aunt. They slept in separate beds by his confession that he didn’t like her and refused to share a bed with her. Oh! Two more couples had twin beds: Lucy & Ricky Ricardo, and Rob & Laura Petrie! Learn more about Marriage God’s Way!

My point is, that NOWHERE in my world was Torah being taught or lived. HOWEVER, if I had read for myself, and not waited for the pastor or some other knowledgeable person of authority to hand-feed me scripture, I would have known the Laws that I was being held responsible to keep.

Saints, let’s “continually” wake up and not wait for Arthur, David and Efraiym to bring us the Good News. Let’s seek and find it for ourselves!

We had our first meeting to discuss the Fall Feasts. We were able to get 10 Volunteers to coordinate the various aspects of the four Holy Convocation days in September/October. Some of the committee areas are Décor, Food Planning, Children’s Activities, Clean Up, Hospitality, Bring Your own Lunches, and Vending. I was happy to see that we had Coordinator Volunteers, but also Volunteers willing to help on each Committee. We plan to have short meetings each week until the Feasts are over.

I am chuckling as I think about a miscommunication that happened a few years ago amongst the Passover Food Planning Committee. Two committee members saw that we did not have enough potato dishes. So each one, unbeknownst to the other, decided to take up the slack. We ended up with 60+ pounds of mashed, roasted, scalloped and cheesy potatoes! We were sending potatoes home with the Saints and eating potatoes for several Shabbats after Passover! Since then, we have learned to have one person in charge of checking to make sure there is a variety and enough of Biblically Clean dishes for the Feast meals.

The table topic this week was Tzitzit making. The Sister Saint demonstrator brought various colors of yarn, including the necessary “blue” yarn for the Saints to practice making their own Tzitzits. The table was crowded with Brother and Sister Saints learning how to craft their own tassels in compliance with:

Numbers 15:38 Speak unto the children of Israel, and bid them that they make them fringes in the borders of their garments throughout their generations, and that they put upon the fringe of the borders a ribband of blue: (KJV)

The resulting tassels were in various styles and lengths. I look forward to seeing the beautiful handmade Tzitzits on future Shabbats.