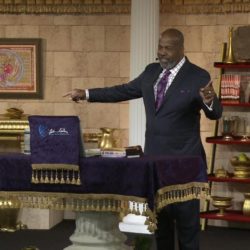 Arthur dove right in with some “words to the wise”!  EVERY morning we wake up with decisions to make.  The first wise thing to do is to put YeHoVaH first before checking your phone and social media.  Then expect Father to do something wonderful in your life today.  With this kind of expectation, we will not bring the problems and concerns of yesterday into today, nor will we allow circumstances to make decisions for us.  Listen to Arthur’s eloquent and stirring mini-teaching on how to “keep our minds stayed on YeHoVaH”.

The subtitle for this teaching could have been boldness in Messiah.  The boldness comes from faith in Messiah.  Arthur explained how Peter went from fearing for his life to realizing that his life was not his own and he did not need to be afraid.  Peter watched Yeshua walk in faith and after Peter was filled with the Holy Spirit, Peter emulated what he saw.  Like Peter, our sense of assurance in trials comes from knowing that our Master was persecuted and we will have to walk that path too.

Learn more about Contending for the Faith

The miracle in Acts Chapter 3, the healing of the lame man, could not be denied.  As Arthur said, you can talk or your works can talk for you.  When YeHoVaH told Arthur to announce a healing service and tell everyone to bring all of their sick, Arthur had an internal conflict. The natural man doubted, but the spiritual man was confident.   Listen and embrace the confidence that once the Father speaks to you, He will show up to watch over His words.

This Teaching will build your faith and help you demolish stumbling blocks!  Go to the Teaching to hear Arthur expound on:

Arthur brings all these threads together by saying that we live in an anti-Messiah world; there will always be opposition to the people of the Kingdom.  No matter where you are, “be in tune” with YeHoVaH.  Don’t fear man!  There is no man on Earth more powerful than your Father.  So, PUSH!  Don’t give in to anything, but the Holy Spirit.

Learn more about How to Hear God's Voice

Today, Arthur reminded us again that confusion is a weapon of the enemy.  Confusion has many disguises.  I am keenly aware of one of them.  It is entertainment; Biblical entertainment!

Many years ago, when I was still in the Christian churches, I would read Christian novels or watch Christian films based on people in the Bible.  I remember the last Christian book I read.  It was about an Irish man that was tricked into marrying two sisters and the rivalry that went on between them.  When I finished that book, my knowledge of Jacob, Leah, and Rachel was all twisted up with the stuff of that story.  I vowed that I wouldn’t read any more of those books because of the confusion that enters in when you mix fact and fiction.

Well, last night, Floyd and I didn’t have our usual Bible study with Winston and Zoe because we were at Lake Marion, and our son and daughter remained at home.  I suggested we find a Sabbath movie to watch.  After we got past the “Black Sabbath” movies and other horror films you get when you use Google, we found a nice Christian looking site with movies like Daniel and Ruth.  I clicked on Daniel.  We couldn’t even watch it for five minutes!  The movie had Daniel wandering in the desert after escaping the Lion’s Den.  Then he was detained by a King on his way to Babylon.

Nope!  Naw!  Where is that in Scripture?

So, what about Ruth?  Such a straightforward story, how could that be messed up!  Well, my red flag goes up when I see a father hurriedly propelling his young daughter down the street past Chemosh, the Moabite idol god of human sacrifice by fire.  The father pushes the girl into a building and then sells her to become a servant in the idol worshipers’ temple.  The man who accepts her, examines her and he says, “What is your name?”  She sorrowfully accepts her fate, looks up at the man, and says, “Ruth”. 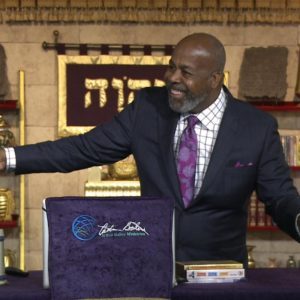 Where is that in Scripture?  The computer got turned off!

We have to be very discerning and close the doors to all confusion and untruths!  My Mama, when criticized about watching the immoral Soap Operas, would say, “I know the difference between right and wrong and what’s real and not real!”  I beg to differ with that position.  Once you mix up the two on a regular basis, you become what you take into your mind and heart.  That is what you will speak and it will become your obsession.  When Mama and another one of her Soap Opera friends would get together, they would talk about the TV characters as if they were real folks!  I have happened upon them having conversations and it would take me a few moments to realize that they were discussing The Young and the Restless or The Bold and the Beautiful!

Be careful what you allow to have access to your mind and heart.

I will set no wicked thing before mine eyes: I hate the work of them that turn aside; it shall not cleave to me.

I will set no worthless or wicked thing before my eyes.
I hate the practice of those who fall away [from the right path]; It will not grasp hold of me.

I will not allow before my eyes any shameful thing.
I hate those who act crookedly; what they do does not attract me.

Floyd and I were Online for this teaching.  We are out of town and we really missed the Fellowship at HOI.  Each time someone would pass by the camera, we would call out his or her name.  We identified each person speaking into the microphone that had a question or a testimony!

After service, we looked out at the lake as we sat on the covered deck, and pondered what we would do if we could not attend HOI weekly.  We hoped we would know at least one other Messianic family where we could take turns hosting each week and have the fellowship conversations that we were missing today.

Later, the restfulness that we entered into was quite pleasant.  I was reading the Bible and Floyd was reading a lesson from the Discipleship Program.  I shared how little facts were being highlighted that I didn’t remember when I had previously read the Bible.  Did you know:

When we lived in Alabama, there were no known Messianic believers in a 90-mile radius.  So, we would invite Christian friends over for the HOI service.  I would cook a big meal: meat, veggies, pies and other delicacies.  We would eat during and after Arthur’s Teaching.  However, Floyd and I came to realize that the folks we invited never had much discussion about the Teaching; they mostly talked about the good food and worldly things.  When it became clear to them that they could not get the food without the Teaching and discussion, their attendance plummeted.  That is when our desire to move to the Carolinas really grew.

So today, we delighted in knowing that we will be back next week.