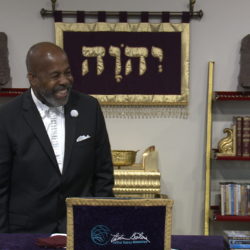 Arthur tackled a controversial passage in Acts 15. Arthur displayed his superb oratory abilities when he presented the real topic of discussion in Antioch, as well as the evidence for circumcision being required of believers. The topic of circumcision can become quite contentious without the proper understanding of the Word. The debate between the Apostles and the “certain men” mentioned in Acts 15:1 was about whether the Gentiles coming into the faith had to go through specific circumcision procedures in Judaism in order to become a believer and be a part of the Messianic Body.

Learn more about the First Jerusalem Council: What Do We Do With Those Gentiles? (DVD)

Arthur took time to lay the groundwork for the Teaching.  He was much like an attorney presenting his case by giving all of the background information needed for the jury to understand what precipitated the event in question.  Arthur’s star witnesses were the Scriptures written down by Moses in the Torah and Luke’s written record in Acts.  The main Exhibit was the Torah.  Luke provided corroborating evidence to prove that:

In essence, what was being debated in Antioch was whether a Gentile would have to do a Jewish custom associated with conversion in order to be saved.  The “certain men” were insisting that the Gentiles must convert to Judaism before they could be saved.  Apostles Paul and Barnabas protested that the Gentiles would have to become Jewish first.  However, the Apostle’s stance was NOT denying the Commandment of circumcision.  The arguments were not about circumcision, it was about the manner of circumcision.  In Judaism, there is a custom of circumcision called Brit Milah.  Brit Milah has prescribed instructions that are not in Scripture.

Watch this DVD and avoid RELIGIOUS TRAPS IN THE MESSIANIC FAITH

In Arthur’s closing arguments, he reviewed the evidence and rested his case by presenting these summation statements.

Circumcision is a Commandment

Arthur mentioned in a recent Teaching and again in this Teaching that one of the ways that we can grow in the power of the Holy Spirit is to meditate.  For the past two weeks, I have been doing purposeful meditating.  Arthur said that it is important when it comes to Scripture that we meditate on the word.  Based on my personal experiences, I have to agree with Arthur that meditating on the word is often more powerful than just reading it.  I read Scripture, I study Scripture, but it hasn’t had the effect on me that meditating has had.

I have been dealing with renewing my thoughts.  There are images that replay in my mind that I need to have erased and have new thoughts replace them.  There are stimulus events that bring on the thoughts.  It is similar to hearing a song and it brings back memories of where you were or what you were doing during the time that you first heard the song.  I needed to break some mind synapses, or junctions, and have new ones formed.  I realized that I couldn’t do this by myself.

What I heard the Father speak to me through Arthur was that I needed to have a verse that I mediate on daily, several times a day.  I thought that was going to be a stretch for me until the idea came to me to put a Reminder on my iPhone.  So I put this verse on my phone and it reminds me throughout the day.

Create in me a clean heart, O God; and renew a right spirit within me.

It is working!  I then begin to grasp in a real way how we have to replace a negative with a positive in order for the negative to be annihilated and not return.    Remember this verse?

When the unclean spirit is gone out of a man, he walketh through dry places, seeking rest, and findeth none.  44 Then he saith, I will return into my house from whence I came out; and when he is come, he findeth it empty, swept, and garnished.  45 Then goeth he, and taketh with himself seven other spirits more wicked than himself, and they enter in and dwell there: and the last state of that man is worse than the first. Even so shall it be also unto this wicked generation.

As Arthur said, “His Law should always be on our lips and we should be meditating on it.” 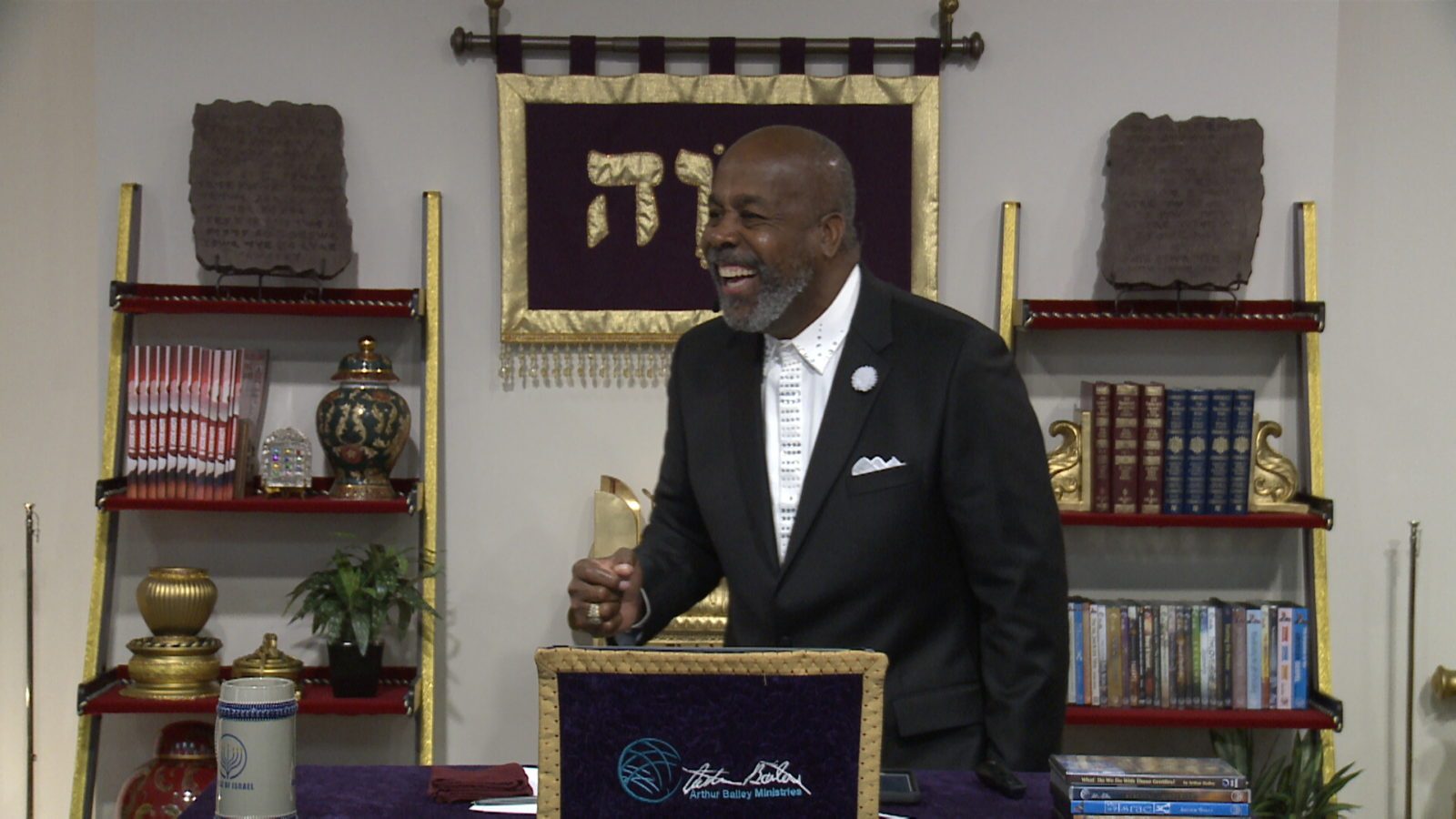 No time is free time away from discerning our words before we speak.  During the after service Fellowship, the atmosphere is relaxed, laid-back, and kind of homey.  However, this is not the time to let our guards down and just let our mouths free-flow. Our words are change agents; they have power for good and bad.  Arthur said that as long as the thought is in his head and it is not released with his mouth, the devil can’t do anything with it!  We need to be constantly aware that when we speak, “a spirit scoops it and runs with it”.

I had a conversation with a visiting Sister Saint from North Carolina and her 20-something niece from Alabama.  I had a bit of a culture shock when Sister Saint started talking about Southern cuisine and mentioned the pot-licker from Collard greens.  I had never heard a White person use that term which was very familiar to me in the Black culture.  She knew that I would have that reaction and we both laughed.  We compared biscuit making techniques and discussed other Southern cooking traditions.

We also listened to her niece talk of how she had gotten burnt out at a job and was taking a break to hear from the Father what she should do.  I shared with her how blessed it was to have the opportunity to rest and reflect.  I prayed that she would hear clearly what the Father has planned for her future and prosperity.

Two Brother Saints and I had a discussion about when the Sabbath starts.  Some people have a set time, say 6:30 pm Friday to 6:30 pm Saturday for the Sabbath.  That doesn’t work.  Genesis says that each day starts at sunset.  The Hebrew word for evening means: evening, night, sunset.

And God called the light Day, and the darkness he called Night. And the evening and the morning were the first day.

I mentioned to the Brothers that I had put an App on my phone, a while ago, to send me notification of when the Shabbat started and stopped.  I soon removed it from my phone because the alarm became annoying and all I needed to do was to look outside to see if it was dark!