It is 1955, 11:45 PM in the Antioch Primary Baptist Church and I am a child sitting in a hard, folding metal chair waiting for midnight to arrive and the gun shootings to stop so Grandma and I can walk home. We have been here at the Watch Meeting since 7 PM. The small congregation on the Eastside of Detroit meets every December 31st for songs, sermons, prayer and to watch for the arrival of the New Year.

It is 1992, 11:45 PM in a restaurant in Birmingham, Michigan. Floyd and I are eating, drinking, dancing, and enjoying friends on December 31st waiting for the arrival of the New Year.

It is 2008, 11:45 PM at home in Eutaw, Alabama. Floyd and I are awakened by our son telling us to get up, so we won’t miss the crystal ball dropping at midnight. He says we just have to see the arrival of the New Year.

Each time for 50+ years, even though I was waiting, I MISSED THE NEW YEAR! What was worse, I believed that I knew, that I knew, January 1st was the New Year. This was a real life example of being wise in my own eyes.

5 Trust in the Lord with all thine heart; and lean not unto thine own understanding.

6 In all thy ways acknowledge him, and he shall direct thy paths.

7 Be not wise in thine own eyes: fear the Lord, and depart from evil.

When I relegated the Old Testament to being nothing more than Jewish historical books or for the Jews only, I threw out the Law which were my instructions to live by! Yehovah’s Law was my way to acknowledge HIM. I realize now that without His commands, I never really knew Him.

Summary ﻿﻿of﻿﻿ the Teaching

In this teaching, Arthur is hoping to help us see that when it comes down to the Creator’s reckoning of time, Yehovah doesn’t operate by our calendar. He operates by His calendar which is in the heavens. And so, that’s where our focus should be.

When Yehovah spoke to Israel in Egypt, He gave them a particular month to follow as the beginning of months, the New Year. This month actually began a new life for the Israelites. We, as a people, are supposed to guard, keep, and observe the 1st month that starts the New Year.

Arthur discusses why Judaism keeps the New Year, Rosh Hashanah, in the 7th month and why Christians at the end of the 10th month. Now you say, “Wait a minute, not the 10th month, it’s the 12th month.” Listen as Arthur explains this.

Watch and share this teaching! We don’t want to be late or miss Yehovah’s appointed time. 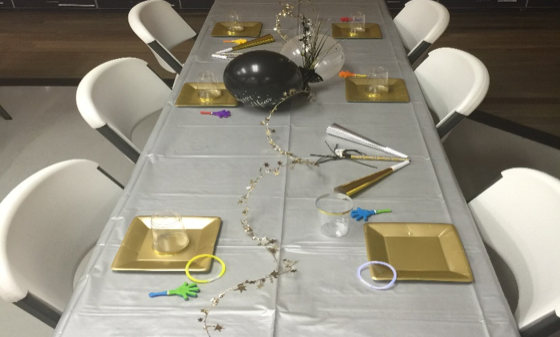 I love a party! Last Spring, Arthur announced that HOI would have its first New Year’s Celebration! There was a lot of excitement throughout the congregation and plenty of emails, texts, and phone calls amongst us coordinating the decorations and most importantly, buzz about when the Renewed Moon would be sighted in Israel. We knew it would be on either Friday April 8th or Shabbat, April 9th. We had to be ready for whenever Yehovah gave us His sign!

For me, waiting on the sign from Yehovah, is part of the reality of being set-apart! I love the thrill of the wait and the heighten anticipation of the moon sighting! I truly feel like His special treasure, His segula. When the moon was sighted on April 9th that was my Father telling me, “It is time! Let the New Year begin! The Spring Feasts start in two weeks. Rejoice! Rejoice!”

Enjoy a snippet of the New Year’s Celebration!