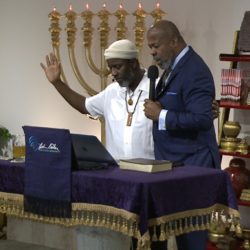 Efraiym introduced the teaching with an authoritative statement that we should not underestimate who we are in the Kingdom. This teaching was all about how to be an Ambassador of Light in the midst of a dark and self-pleasing world.  As sons and daughters of the Most High, we have been transformed from darkness into light.  Therefore, we need to stay Kingdom-minded by developing an affinity for the things of Elohim and not the things of the world.  This takes commitment and continual practice in making righteous choices.

Efraiym said that some people describe the Talmud and other Judaism writings as a fence around the Torah so that the people of Israel would not violate the Torah.  He went on to say that in actuality, the Torah was designed to be a fence around the people of YeHoVaH.  The Torah served to hold the people together under the protection of the Almighty so that Israel would be a light to other nations to draw them unto the Father.

It is the same Torah that protects us in spite of the poor mentors, teachers, and examples that try to lure us into another way.  What is our help?  The Holy Spirit!  It leads us into all truth.  We are responsible to teach and share that truth with others.  It is the discernment that comes through the Holy Spirit that will help us to navigate through the inherited lies and into the depth of treasure found in the Word of YeHoVaH.  Early in the teaching, Efraiym said that in this message we would be drilling for pure gold!

The message title refers to a dichotomy between opposed and entirely different ways of viewing decisions in our lives.  Will we be proponents of justice by following the Father’s Way, or will we make contradictory choices and live for just us?  Therein lies the diverging paths, one narrow and one broad.  Efraiym encouraged us to follow the narrow way and keep the Father’s Law.  Following the righteous narrow path leads to prospering in the Kingdom.  Only when we accept the responsibility of being an Ambassador of the Kingdom, do we reap the benefits of the Father’s favor and blessings.

This polarity has to be addressed and dealt with constantly.  We are faced with many decisions each day that we must choose His way or our way.  It sometimes manifests as, “Why should I have to do that!”  Efraiym gives us a news flash, “Elohim is not in the business of giving you what you like!”  Somebody has to do the “hard” stuff for the Kingdom, sometime it will fall on you.  We must constantly challenge our thought patterns and consider each decision we make.  As Efraiym so eloquently said, “You only have one cycle of life, make an impact for the Kingdom!”

At the end of Efraiym’s Teaching, he said, “Pray that we shed iniquity!”  We must break the ties with any wickedness in thought and deed.

That resonated with me this week as I scrolled pass a recorded Live Video on my Facebook Feed.   It was a Southern wife and mother who cooks in her kitchen and chats about her life and other random stuff.  I paused to watch her animated presentation and how the live audience was really interacting with her.  They were: telling her they purchased the products she had recommended, admiring her hair that has grown long, asking when she was coming to North Carolina, saying how much they loved her and how funny she was, etc.

In the midst of the chit-chat, she mentioned that several weeks ago she told her audience that she found a dime on the grocery store floor and that she found another one in that same spot today.  Then she said something that took me by surprise.  She said something like, “When I find a dime, my mother is speaking to me.”  I thought, “What is she talking about?”  Then in the comments section, a viewer typed, “When you find a dime, the dead are watching you.”

I blinked a few times and probably said out loud, “HUH!”  “What!”

Right then, I determined that I didn’t need to be watching that foolishness and I turned off my phone.  Then I went in search of Floyd.  I asked Floyd had he ever heard of that superstition.  He hadn’t.

I wonder how many of her viewers picked up a new belief or were confirmed in a belief they already had.  The spiritual side of that superstition was that the host was allowing familiar spirits to speak into her life.  That day, her “mother” told her not to go to the gym, but to go straight home after leaving the grocery store. 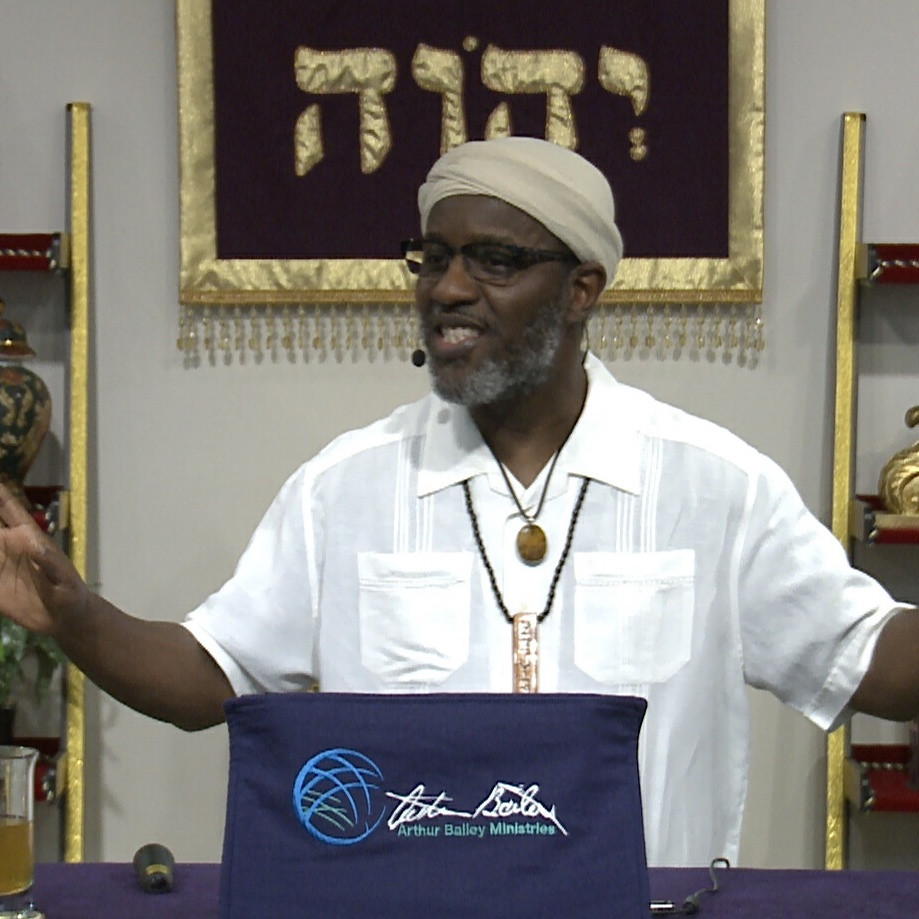 The Q & A session generated a lot of conversation at one of the fellowship tables.  The topic was “multiple wives”.  The general consensus was that the practice could not be validated by scripture.  However, most of us “knew of” or “heard of” persons that advocated the practice and we all had something to say about it.  There was enthusiastic dialogue about the chaos that would ensue.  We visualized Leah’s actions and wondered if she had any reluctance when she was told to deceive Jacob.  We imagined Rachel’s heartbreak because she knew that Jacob had worked those first seven years for her to be his wife.  We reflected on the atmosphere created within the family structure based on Laban’s deceit.  The Saints also brought up Jacob’s reaping of deceit based on his sowing deceit with Isaac and Esau.

I asked Floyd, would he or has he, ever considered having a second wife.  He looked incredulously at me and said, “No.  Not after the first wife!”  When I asked why, he answered, “It would give me Headaches!”

Learn about the Sabbath:  Sunday Is Not The Sabbath? (Book)

There are always two-sides to a story.

My brother’s long-time girlfriend had called me three weeks ago to say that he had to be hospitalized with a diagnosis of paranoid schizophrenia.  Well, last Sabbath evening, my brother called me and had a jovial conversation with Floyd and me on speakerphone.  He was sounding so normal that I wrote Floyd a note on a scrap of paper, “Don’t mention the hospital!”  However, after five minutes, I began to feel like I was putting up a sham and just said, “Brother, tell me about the hospital”.

Well, what he said was vastly different from what she had said.  He said that she blew the situation out of proportion; he did not have that diagnosis; he had been stressed out; and no one would have been the wiser if she hadn’t started calling folks.

After the phone conversation, Floyd and I just looked at each other.  We didn’t even try to unravel those two tales.  I told Floyd, “I am leaving that be!”  We prayed for them and continued our Sabbath evening.