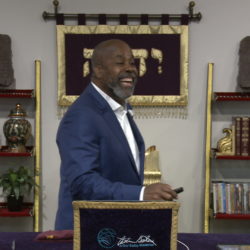 When Arthur prays, it is as if I am looking into the window of the Throne Room and Arthur is having a private session with the Almighty.  There is no pretense; Arthur bears himself and prays for the Body of Messiah too.  I am often repeating the words that he says and just as often speaking to Elohim on my own behalf because the Holy Spirit has used something Arthur said to provoke my repentance, reflection, or praise.   I resonated with Arthur’s affirmation that it is Father’s desire that we are free in every area of our lives.  I especially want freedom in those areas that I don’t even know that I am bound!   I believe that one of the beauties of Arthur’s Messages is that he brings to light so much of the darkness that we have been taught in this world, knowingly and unknowingly.

Learn how to be more effective in your prayers: Teach Us How to Pray (2 DVDS)

By reading several verses from Psalms, Arthur showed us that David understood the importance of keeping YeHoVaH’s Law and knew that  nations will rise and fall; but blessed is the nation whose Elohim is YeHoVaH!  The link between David and Yeshua is that Yeshua is of the Tribe of Judah and a descendant of David.  Yeshua will sit on the throne of David.

This Sabbath, Arthur addressed the Tabernacle of David that I personally have “read over” many times, but I saw without seeing.  Arthur presented background information and answered the following questions:

This is an important Teaching to watch so that you will have an understanding of truth from the prophets and Scripture and not fall prey to the reality that we see in the world today.  On Thursday and again today, Arthur mentioned Joshua and Caleb.  In Thursday’s Service, Arthur said that we must not make the mistake of undermining the fact that Joshua and Caleb made it into the Promised Land even though their peers did not. Arthur, in this Sabbath Teaching, said that Joshua and Caleb, by faith, trusted in what the Almighty said regardless of what they saw with their eyes.  As Arthur said, “When you speak concerning that which is written, it shuts everything else down”.

This wouldn’t be an Arthur Message if we didn’t get additional “solid meat” of wisdom to chew on.   Here are some of Arthur’s Quotes:

How Do You Live Holy?

I liked Arthur’s spontaneous rhyming exclamation!  We all chuckled, but it was a seriously true statement.

“Who you listen to will be demonstrated by the steps you take, the actions you make, and the words you spake!”

I can think of many situations where a person’s steps, actions, and/or words told the story of their situation and sometimes predicament.  I am smiling as I think of the stressful time of potty training my children.  During the time when my son was in diaper pull-ups and refusing to go to the potty, he would freeze, wherever he was, and get a “deer in the headlights” stare on his face.  I knew what those actions meant!  I would run to grab him and try to rush him to the toilet. Most times, I wasn’t quick enough!  He was listening to a rebellious spirit by refusing to be trained when he was almost 4 years old.  (We can talk about my parenting skills another time!)

When I was in the Christian church, I remember having a conversation with my cousin about the Bible.  We eventually got around to talking about the Rapture.  We both agreed that we believed in a Pre-tribulation Rapture.  Now, all this talking was going on and neither one of us even thought about pulling out a Bible.  We were discussing denominational sermons we had heard.  Neither one of us had searched the Scriptures to see that a Christian Rapture is not in the Bible.  I wonder what effect it would have had on us if someone had told us that John Nelson Darby invented the Rapture doctrine in the 1830’s!  I learned that in the Discipleship Program.

You can become a disciple of Messiah too! Discipleship 101 Entire 2-Year Program Curriculum

During my Christian days, I would follow various charismatic ministers.  I had my favorites that I would go to see when they came to Detroit.  My very favorite minister was flashy, a saxophone player, and a dynamic speaker.  Floyd would even listen to him occasionally.  When we joined the Seventh-day Adventist Church, we rejected our Christian ministers primarily because of them not keeping Sabbath and eating the disallowed items mentioned in Scripture, that aren’t even food.  One day while we were on vacation, I was flipping through the stations and “lo and behold”, there was my former favorite Christian preacher!  I stopped to see what he was preaching.  Well, when I heard the words he spake, I yelled for Floyd!  He was preaching that there was no hell and that all people, sinners included, go to an eternal reward of being reconciled with God.  I was flabbergasted!  Floyd and I looked at each other in amazement, “Where did he get that doctrine?”

1 Timothy 4:1 Now the Spirit speaketh expressly, that in the latter times some shall depart from the faith, giving heed to seducing spirits, and doctrines of devils; (KJV) 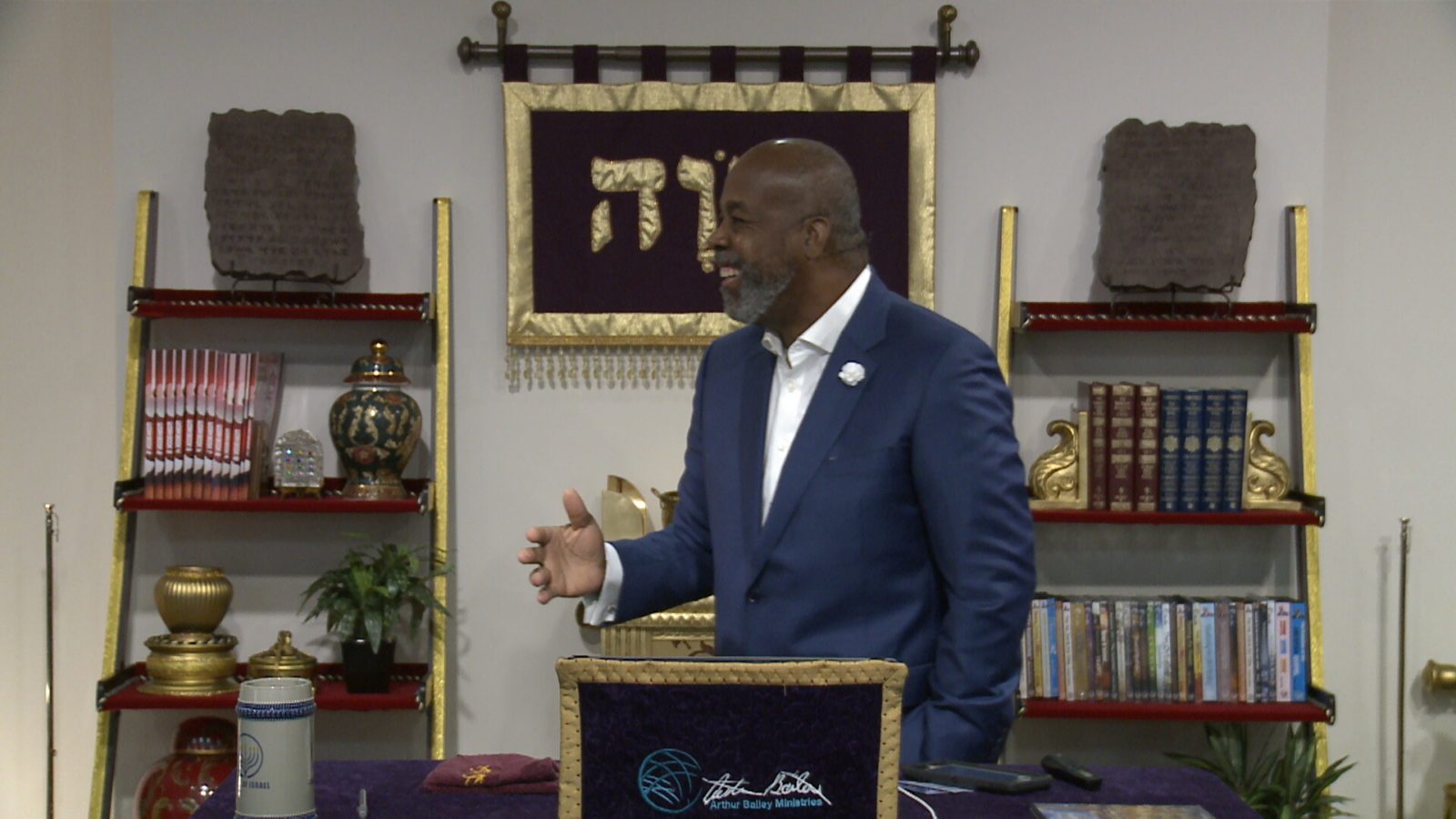 We need to be discerning.  A person’s steps, actions, and words are their fruit.  We have to be fruit inspectors in order to avoid the pitfalls of this world and to stay on the straight and narrow path.  Let’s remember:

Psalm 1:1 Blessed is the man that walketh not in the counsel of the ungodly, nor standeth in the way of sinners, nor sitteth in the seat of the scornful.  (KJV)