Arthur was excited about the teaching today as he explained that through this message we would get a better understanding how the Almighty communicates and how He speaks to us.  In true Bailey-style, Arthur quickly added that just because the Almighty speaks, does not necessarily mean that people will obey what the Father says.  The old adage - “If you don’t use, you will lose it.”  - applies in the spiritual arena too.  If you don’t apply the understanding, truth, and words of wisdom given you, and apply them consistently, they will fade away.  As Arthur stated, we have to be diligent in this walk; if you aren’t growing, you are dying!

In Arthur’s prologue to the teaching, he said that the further down the righteous narrow path you go, the fewer people would be on it.  The walk with Yeshua is very unlike the beck and call of the world where the multitudes are ready to obey the commands of the enemy and their path is wide and crowded.  When you are on the faith walk, it becomes clear who is committed to the Kingdom and who is committed to something or someone else.  Arthur promised that the more we walk according to our spirit man, the more the spirit man will dictate to the flesh man.

This teaching is the first part of Acts Chapter 10.  Arthur focused on the manner in which the Almighty spoke to Cornelius and then to Peter in order to bring about the salvation of Cornelius and his household.  Father was also working on Peter’s heart and mind to be accepting of all who believe regardless of their national origin.  As Arthur simply explained, while YeHoVaH is dealing with you to get you somewhere, He is also working with someone else to help you get there.

Father has many ways to get His work done in the earth.  Acts 10 shows how He used angels, visions, and gave specific instructions to men through the Holy Spirit.  Angels oftentimes appear as humans.  Arthur cautioned us to be careful of how we deal with people because there are people who have been unaware that they have interacted with an angel.

Many people don’t believe in the supernatural because they haven’t seen the power of the Holy Spirit manifested.  This often means that people are not discerning the spirits by which they are being led.  However, people who are operating

Learn how to operate in the Spirit!  Holy Spirit Power Pack (4 DVD Series)

Arthur drew many life lessons from this narrative of the supernatural encounters of Cornelius and Peter.

My family history is non-Torah to say the least.  My mother and father were married, and then got divorced.  They both married other spouses.  During my father’s second marriage, my Brother was born.  Later, both my mother and my father got divorced from their spouses.  Then years later, my mother and father remarried.  My Brother is 11 years younger than I am.  He is 6 feet tall and over 200 pounds.  You could describe him as a big teddy bear.  He is stubborn in a passive way, and I have never known my Brother to cuss or even raise his voice.  He will smile at you and still do what he wants to do.

After sundown on Sabbath, my phone rang.  The caller ID said it was my brother.  I smiled and cheerily answered the phone.

However, it was not my Brother, but his longtime girlfriend.  I got a bit apprehensive, because this was unusual.  After a few pleasantries, she told me that my Brother was in the hospital, in their Midwestern state, with a diagnosis of paranoid schizophrenia.  She reminded me that he had an episode in 2006, was hospitalized, given medications, and then refused to take the medications.  She described the anger, cursing, and his throwing items towards her.  She, along with another family member, decided they had to call the police and have him taken to the hospital.  I was told that it took 4-5 officers to hold him down.

I knew immediately what the real issue was … demonic possession.  The medication, as Arthur spoke about in the lesson, was not the cure for this ailment.  The pharmakeia only numbs the body and does nothing to rebuke the demons.  My Brother does not have a relationship with the Father.  His girlfriend is a Christian and understood when I explained to her what the real problem was.  She agreed and said that when she has tried to speak to him about God, my Brother just rolled his eyes up in his head. 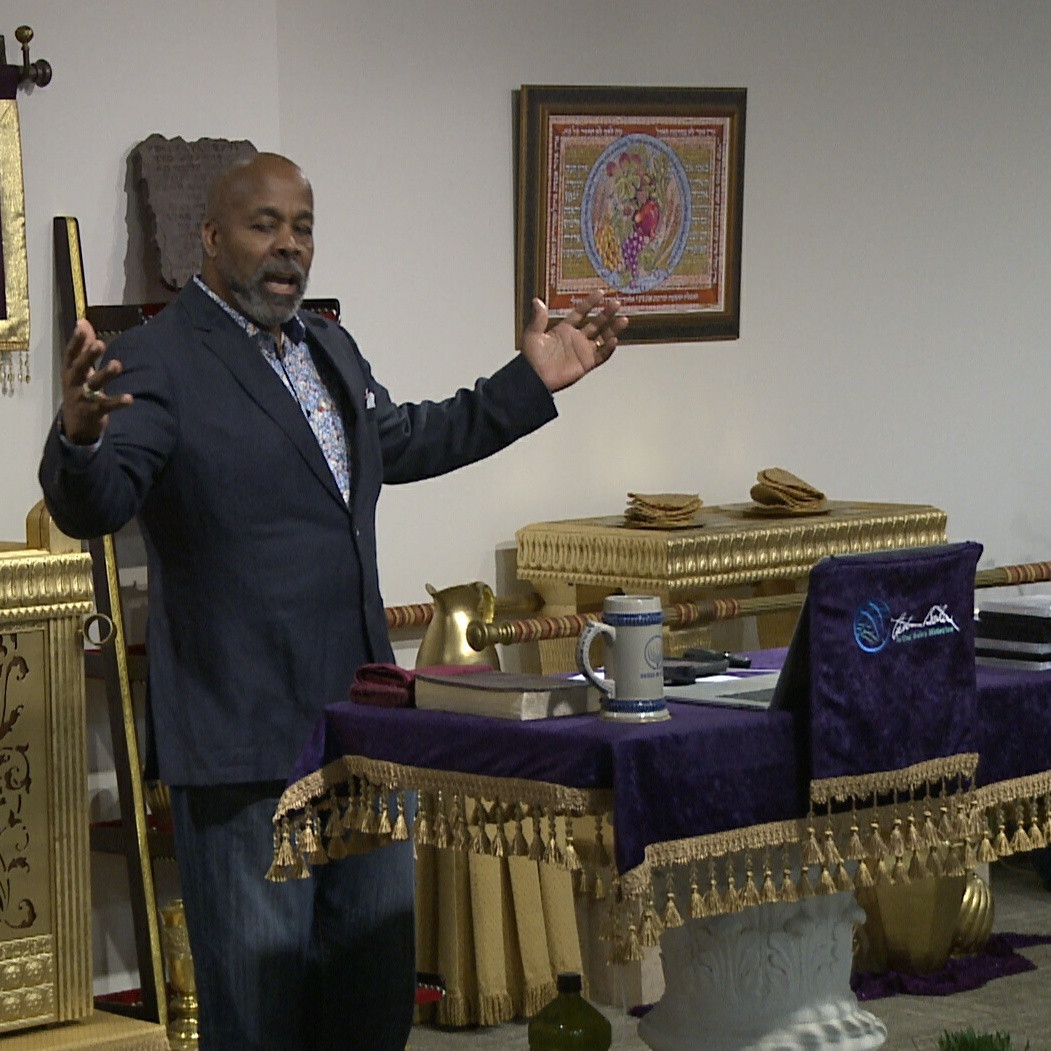 For me to cast out the demons, and my Brother do nothing to keep them away, is only opening the door to a greater number of demons.  My prayer for him is that his eyes and ears are opened to the truth and that he will have the courage and willingness to obey.

Floyd and I were in the mountains of North Carolina for the weekend so we had a two-person fellowship!  We rejoiced when we heard Karen’s testimony that she was two days free of cigarettes.  We thanked the Father and prayed that she would stay the course.

After the Teaching went off, we walked along the shoreline of Lake Lure.  We sat on a bench in near silence as we watched the water gently roll in and gazed at the majestic mountains.  As we watched, the birds furiously pumped their wings to get high up in the wind and then glide with their wings fully spread.  I was reminded of this verse,

Isaiah 40:31 But they that wait upon the Lord shall renew their strength; they shall mount up with wings as eagles; they shall run, and not be weary; and they shall walk, and not faint.  (KJV)